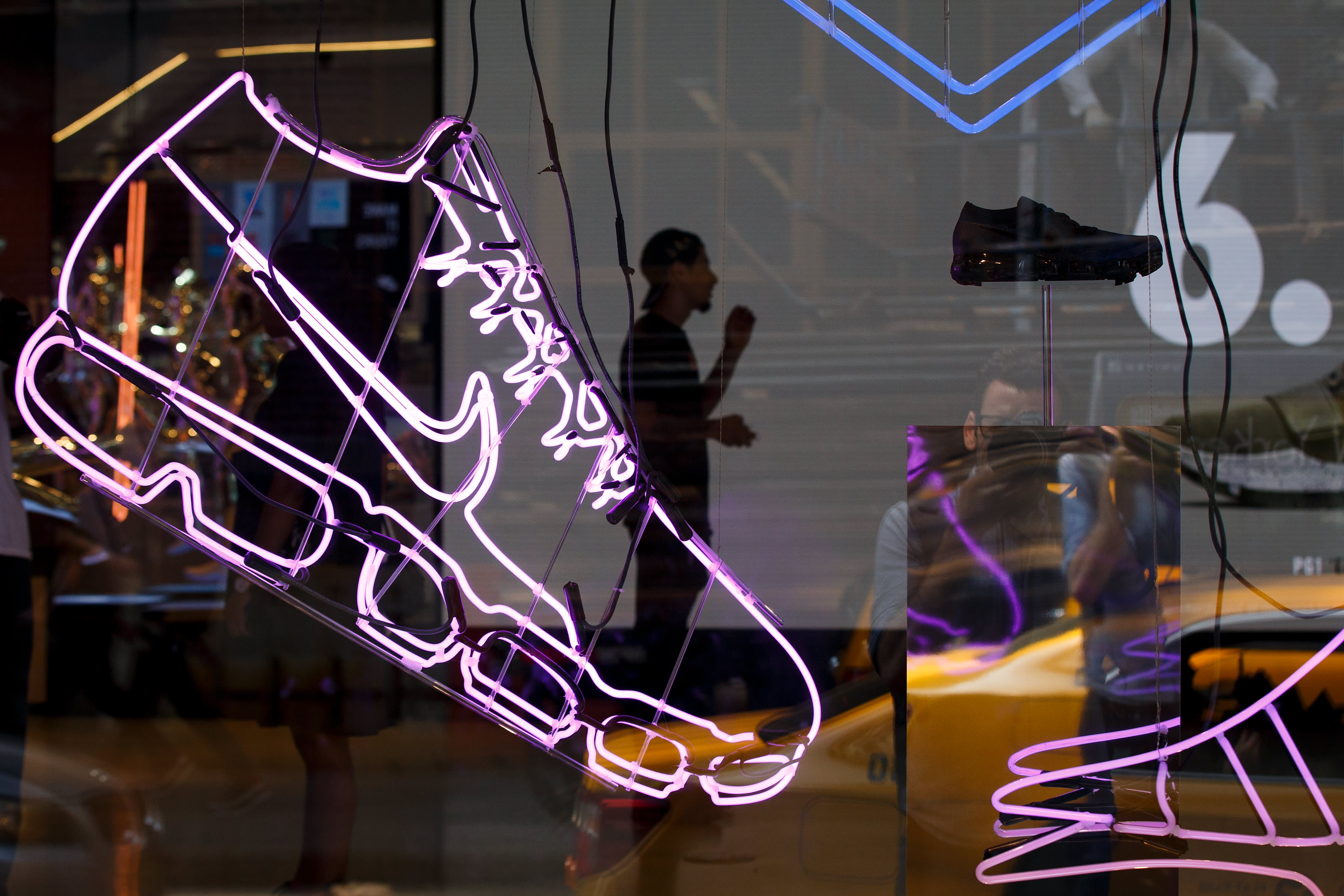 Seen through a store window, a Nike employee stands in the entryway of the Nike SoHo store in New York City.

Nike said Monday that the vice president and general manager of its North America division, Ann Hebert, has left the retailer, effective immediately.

Her abrupt departure comes after she’s served more than 25 years with Nike. The company said it plans to announce a new North American lead shortly.

The shakeup follows a Bloomberg Businessweek article last week about Ann’s 19-year-old son, Joe. The report revealed he had used a credit card in Ann’s name to purchase sneakers for his resell business, West Coast Streetwear. It said he spent more than $100,000 on the card to buy limited-edition shoes and flip them for a profit.

His business has been booming, even during the Covid pandemic, Bloomberg reported. It described how Joe has been able to buy sneakers at even steeper discounts from retailers like Foot Locker, and sell them for more and more money.

West Coast Streetwear could not immediately be reached for comment. A Nike spokeswoman told CNBC that Herbert made the decision herself to resign, and declined to comment further.

Joe acknowledged to Bloomberg that Ann is his mother, but commented that she was high up enough in the company to be removed from what he was doing. He told Bloomberg that he’d never received inside information, like discount codes, from his mom.

After working her way through various sales roles at Nike, beginning in 1995, Ann climbed her way up to hold positions including head of sales in North America, head of Nike’s Asia Pacific and Latin America divisions, and ultimately head of North America — a job she took on in June of last year.

She was most recently responsible for helping to accelerate Nike’s direct-to-consumer strategy, whereby the brand has been growing less reliant on wholesale partners, like sporting goods outlets, and more reliant on its own stores and website to reach shoppers.