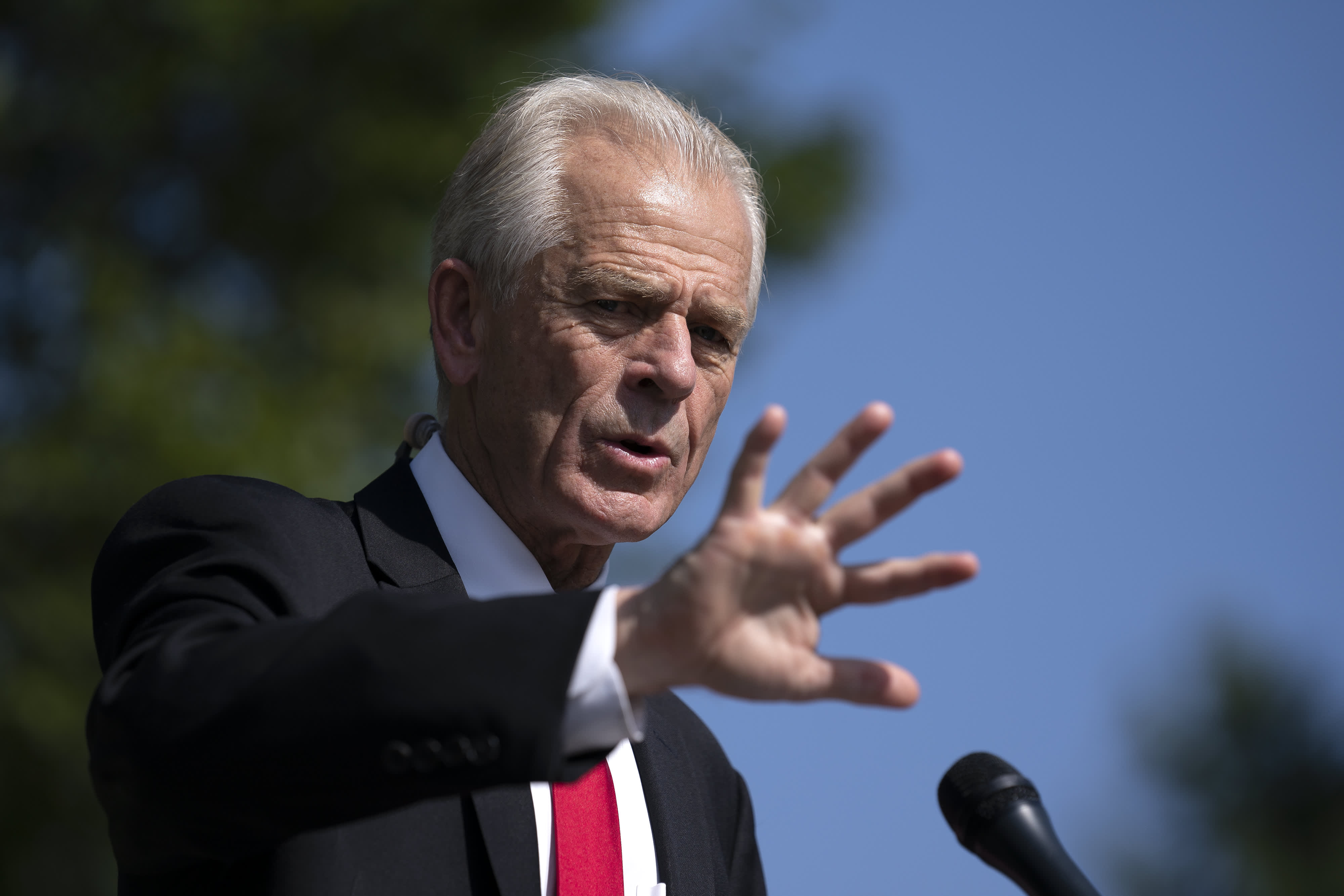 Peter Navarro, director of the National Trade Council, speaks to members of the media outside the White House in Washington, D.C., on Friday, Aug. 28, 2020.

Krishnamoorthi, chairman of the Subcommittee on Economic and Consumer Policy, said the panel is looking into Navarro as part of an ongoing investigation into contracts awarded by the Trump administration related to the coronavirus pandemic.

“Under the management of Peter Navarro, Senior Advisor to President Trump, the administration was taken advantage of by Philips Respironics when negotiating the price of life-saving ventilators,” Krishnamoorthi said in a statement to CNBC. Philips Respironics is a subsidiary of Netherlands-based Royal Philips.

The Philips contract, announced by the Department of Health and Human Services in April, sought to bolster the U.S. national stockpile of ventilators as hospitals, primarily in the New York area, faced shortages at the peak of their Covid-19 outbreak in the spring. The contract ordered 2,500 ventilators due by the end of May with an additional 43,000 ventilators due by the end of 2020 from the Dutch health technology company.

But Philips said Monday that HHS abruptly canceled the remainder of the contract, requiring Philips to instead supply only 12,300 ventilators. Shares of the company traded in the U.S. closed down 3.5%.

HHS declined to provide comment for this story because “this contract is subject to an internal HHS investigation and legal review,” Stephanie Bialek, spokeswoman for the Office of the Assistant Secretary for Preparedness and Response at HHS, said in a statement.

White House spokeswoman Sarah Matthews defended Navarro’s work, saying every American who needed a ventilator has received one thanks to the administration’s coronavirus strategy.

“Peter Navarro has played a vital role in our coronavirus response, helping to oversee the use of the Defense Production Act more than 80 times and creating thousands of jobs in the process. While the Trump Administration has been focused on saving lives, House Democrats continue to focus on pointless investigations,” she said in an email to CNBC.

Krishnamoorthi previously published a report on the contract, criticizing it as a “waste of taxpayer funds” caused by the Trump administration’s “incompetent negotiating.” The report said the contract’s negotiations were led by Navarro, who failed to get a reasonable price for each ventilator.

“American taxpayers just saved over $400 million dollars after my subcommittee shined a spotlight on just one of the Trump Administration’s wasteful contracts for COVID-19 supplies,” Krishnamoorthi said Monday. “My subcommittee will continue to press Philips to repay the remaining money it owes the federal government. We will also be requesting documentation from all the contracts that Peter Navarro has negotiated regarding Covid-19 response.”

Representatives of the White House were not immediately available to comment.

In the early months of the pandemic, health systems across the U.S. and the world scrambled to acquire scarce ventilators, which can be used to help patients with severe respiratory problems breathe. The Trump administration used the Defense Production Act to require American companies, including General Motors, General Electric and Ford, to use their factories to ramp up production of the medical equipment.

However, the standard of care for Covid-19 patients has evolved as new treatment strategies have emerged and new drugs come to market, leaving many of the new ventilators unused, The Washington Post reported earlier this month.

In the rush to increase production of potentially lifesaving medical supplies, HHS and other federal agencies have awarded billions of dollars in contracts that have not faced the same level of scrutiny as they normally would.

“The Trump administration is spending more money on contracts, than we’ve ever seen spent on contracts, by far, and they’re doing it in an environment where there simply aren’t enough people to watch what’s going on,” said Benjamin Brunjes, an assistant professor at the Daniel J. Evans School of Public Policy and Governance at the University of Washington.